This blog is a participant in the Amazon Services LLC Associates Program, an affiliate advertising program designed to provide a means for bloggers like me to earn fees by linking to Amazon.com and affiliated sites. It means that, whenever you buy a book on Amazon from a link that I put here, I get a small percentage of its price. It helps support my in maintaining this site, and is very much appreciated 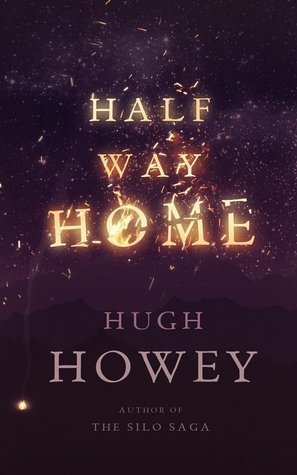 "Five hundred of us were sent to colonize this planet. Only fifty or so survived. We woke up fifteen years too early, we had only half our training, and they expected us to not only survive … they expected us to conquer this place. The problem is: it isn’t safe here. We aren’t even safe from each other." 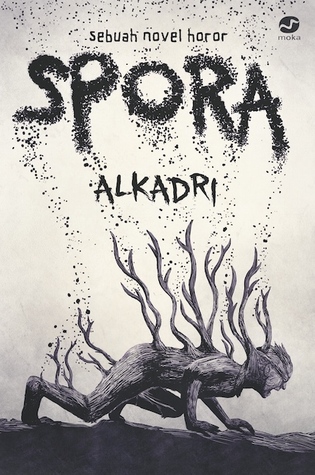 Only available in Indonesian

Okay, this one’s going to be quick. This is a novel that I’d just started reading last night and actually made me to read it completely within one sitting. 5 hours straight. The last English book capable of doing that to me was Ender’s Game, thus I am compelled to write a review for this. I also realize that it’s been a long time since I’ve posted here, so bear with me for a bit if my review feels like a mess, alright? Thank you.

So, let me start with a summary: the protagonist of this story, Mike, was a superhuman, one of the few people on the planet who actually possessed a photographic memory. While he was living his ordinary life as a highschool teacher, an old friend came and offered him a job: observe a group of scientists who claimed that they have invented The Albulquerque Door, a device that can create a “Fold” in reality which allowed near instantaneous travel over a great distance. He accepted it, and for the first couple of days, things seemed to run without problems although some of the scientists seem a little bit skittish about their Door. And then an incident happened, and Mike realized that there were secrets buried deep within the team, that the device was not as it seemed, and that they had to race against time to stop a great catastrophe from leaking through the Door toward all known realities.

The plot of this story seems very straightforward, if not highly predictable, at times. That’s not to say that it’s bad. With its clear dialogues, good character interactions, and interesting protagonists, this book is a page-turner that just begs to be finished in one sitting, with enough twists and turns to keep reader guessing again and again. There are also so many cheeky easter eggs, here and there, that throws some laugh at times (although, after several times, it starts becoming repetitive). The pace is good, nigh-perfect even, although there are things that seem illogical at times (like how Mike is supposed to be the smartest guy in the room, and yet he couldn’t muster enough capability to explain and assure the man in charge to just, you know, blow the things up right after the first big incident happened). The finale also feels to predictable, with some references to Lovecraft’s big ol’ monster and Mr. Clines’ own previous novel.

The thing that makes me interested is actually the explanation, or the “science”, behind the door. It reminds me of some past sci-fi books, such as “Old Man’s War.” I personally think Mr. Clines did a very good job here in explaining the systematic and principle of the Door in Layman’s term. I also realize that his use of characters, and his choice of using a man who can “never forget”, makes for a great new point of narrative. Definitely refreshing to see a main protagonist in a sci-fi novel who can recall, think, and pull out conclusion faster than anyone (rather than using some secondary ‘genius character’ who can throw up explanations out of their mouth like a walking library). It actually feels nice to finally have someone competent as the center PoV of a story (although he still feels strange and acts illogically at time).

Overall, this is a very good book. Highly recommend it for anyone looking for a new thriller/mystery/sci-fi book for an easy, fast reading. Also, the Lovecraftian vibes it gives in is a nice addition.